But now getting lost in a good book is getting harder and harder as cash-strapped publishers struggle with soaring paper prices.

Iran does not produce its own pulp for publishing and therefore depends on imports, and although these are not subject to sanctions, they must be paid for in foreign currency. This means that the price of a book directly depends on the fluctuation of the Iranian rial.

As publishers around the world face growing challenges in how people read and consume literature, Iran faces an additional problem.

The United States, under former President Donald Trump, unilaterally withdrew in 2018 from a landmark deal to prevent Iran from acquiring an atomic bomb – a goal Tehran has always denied pursuing – with Washington then reimposing severe economic sanctions.

“As soon as US sanctions were reinstated in 2018, the price of paper went up,” Amrai said.

Long-running negotiations to relaunch a deal with Iran continue in Austria, but until an international agreement turns the page, the impact of sanctions is worsening.

“The devaluation of our currency against the greenback, the global rise in the price of paper paid in dollars and the increase in the cost of transport – also paid in foreign currencies – have thrown publishing into the doldrums,” Hossein said. Motevali, owner of Houpa, specializing in children’s books.

Hossein Motevali, owner of Iranian publishing house Houpa, poses for a photo during an interview in Tehran on January 29, 2022. (ATTA KENARE / AFP)

Because book prices are fixed in Iran, profits are indexed to the rapidly fluctuating price of paper.

“This is happening because I am at the mercy of currency fluctuation.”

As for the authors, they are paid by the number of pages of the book, whether they are famous or not.

“Selling books is a miracle today because the majority of customers are from the middle class – and given the economic conditions, their priority is getting essentials such as food,” Hashminejad said. “I really wonder how people still buy books at these prices.” 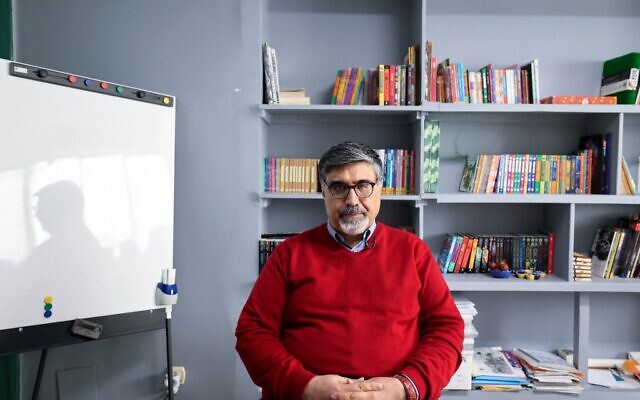 The owner of Iranian publishing house Ofoq, Reza Hasheminejad, poses for a photo during an interview in Tehran on January 29, 2022. (ATTA KENARE / AFP)

Bookstores in Iran are like stores anywhere in the world. In addition to shelves of Iranian writers, popular sellers include translations of foreign works – from 20th-century European classics to self-help and psychology books.

Farsi translations of Mary Trump’s account of her uncle Donald Trump, as well as the memoirs of former US first lady Michelle Obama, have been recent hits. 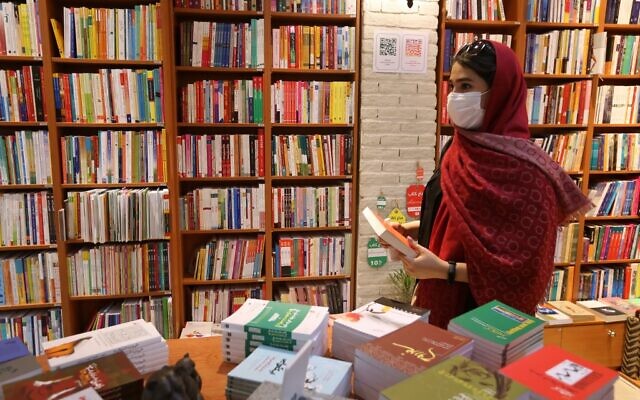 A woman chooses a book at a bookstore on Enqelab (Revolution) Street in Tehran, the Iranian capital, on September 8, 2020. (ATTA KENARE/AFP)

But as the crisis worsens, several small publishing houses have had to close their doors.

“Today, many independent publishers, who have published great books, have been squeezed out of the market,” Amrai said.

The big publishing houses had to adapt to survive.

“We have reduced our profits as much as possible to keep our customers, we have reduced printing and pagination, and are publishing digital books to avoid paper and reduce costs,” Hashaminejad said.

“But that will only last a year or two, even for the strongest companies.”

So far, books printed before recent spikes in paper costs have provided a buffer, but those stocks are running out.

“In a few months, when the books stored in the depots will run out, it will be a shock to the customer when they see the new prices,” Hashminejad warned. 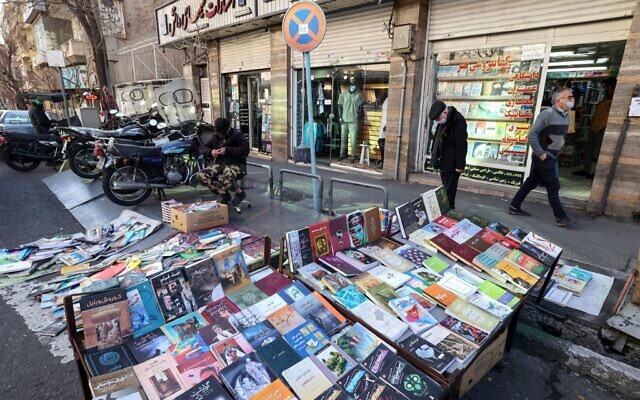 “I haven’t been able to buy a book for years,” Mazloumi said. “Even street vendors sell books at a very high price.”

Children in poorer areas where access to literature is already limited will soon find themselves completely priced out, Hashminejad said.

“Today we see people in some disadvantaged areas who cannot even communicate properly in Farsi,” he said. “They will definitely encounter difficulties.”