I recently read a children’s picture book called Jamlo Walks by Samina Mishra , about a little Adivasi girl who died during worker migration following the 2020 lockdown. It was factual and didn’t mention the death once, but I cried and screamed like I personally knew Jamlo. It brought back memories of the peak days of the pandemic, when Facebook was overflowing with obituaries, WhatsApp conversations brought nothing but bad news and TV screens showed displaced people walking thousands of miles to get home. Reliving collective helplessness, I fell asleep crying.

The day before, I had cried in a bookstore while reading Richa Jha Boo! When my sister died about a girl irritated by the death of her sister; and Macher Jhol, also by Jha, about a blind boy who wants to make a fish curry for his sick father. Within days, I became so addicted to children’s picture books that I joined a free online children’s library, Storyweaver, from Pratham Books. I like Indian stories best because they resonate with me – either they are about experiences I’ve had, or the environment they depict is familiar. The children wear recognizable uniforms and their families resemble mine.

Jamlo Walks (Puffins) by Samina Mishra and Tarique Aziz, on COVID-19 and the march of workers during confinement

Boo! When my sister died (PickleYolk Books) by Richa Jha and Gautam Benegal, on mortality

Savi and the Memory Keeper (Hachette India) by Bijal Vachharajani, on environmental concerns

The secret diary of the worst cook in the world (Penguin India) by Subhadra Sen Gupta, on mental health


However, when it comes to difficult subjects like illness or death, children’s literature in English has always been straightforward: think nursery rhymes like “Ring-a-ring-a-rosies”, where people s ‘probably collapsing from the plague or ‘Jack and Jill’, about children rolling down the hill. But their language and setting don’t speak to me: I don’t have golden locks, gingerbread m t is unknown, as is a cottage in the woods owned by three bears. On the other hand, like all Indians, I have seen images of people walking to their distant homes in the scorching summer heat and j tasted the fear of death, even while hiding in my house.

I wondered how children deal with these books that make me so sad. A little reading about Samina Mishra led me to a wonderful essay (“Why We Shouldn’t Protect Children From Darkness”) by award-winning children’s author, Matt de la Peña, who says, “Maybe instead of anxiously trying to shield our children from every little hurt and heartache, our job is simply to support them through such experiences. To talk to them. To hold them. Because they are going through the same experience as adults, but unlike adults, they cannot treat them. “Jamlo Walks” by Samina Mishra focuses on the migration of laborers and their families during the 2020 lockdown in India.

A friend of mine said his young son was afraid to play football in the compound of the apartment during the lockdown because he was afraid of catching COVID. Almost every parent I spoke to sighed about how their children had been affected mentally over the past two years. But they didn’t mention finding books that would explain what was going on around them. Yet books comfort us, help us cope. As Peña says, “There is power in seeing this largely unspoken part of our inner lives represented too. And for those who haven’t experienced this kind of sadness before, I can’t think of a safer place to explore complex emotions for the first time than in the pages of a book, sitting on the lap of a to be expensive.


So I talked to the kids about the books they read, especially on topics that seem unwieldy even for adults – body positivity, mental health, LGBTQIA+ issues. To my surprise, it was okay for the kids. Agastya Ghosh a Class X student from Maxfort School, Dwarka, New Delhi knows about gay relationships from TV serials like god befriend me Where super girl though he doesn’t recall seeing any books about them in the school library.

Niyamat Kochhar, a 15-year-old student at Tagore International School in New Delhi, says her parents introduced her to these subjects at a young age. Having dealt with physical and mental health issues herself, she has campaigned in schools on topics such as gender awareness. She’s read a lot of books about the body and mental health issues, but most of them are adult books picked up from her father’s shelves. However, her school, which has a student counselor, also holds regular discussions on these topics.

Jayshree Menon, mother of an 11-year-old child who studies at Sriram Millennium School in Noida, says: “I make it a point to buy books that familiarize my son with the world. As a result, he now recognizes certain themes outside his experience and asks us questions about them. For example, he wants to know why I’m confined to bed with cramps on certain days of the month or why women dress differently than men in the DC Comics movies he watches. 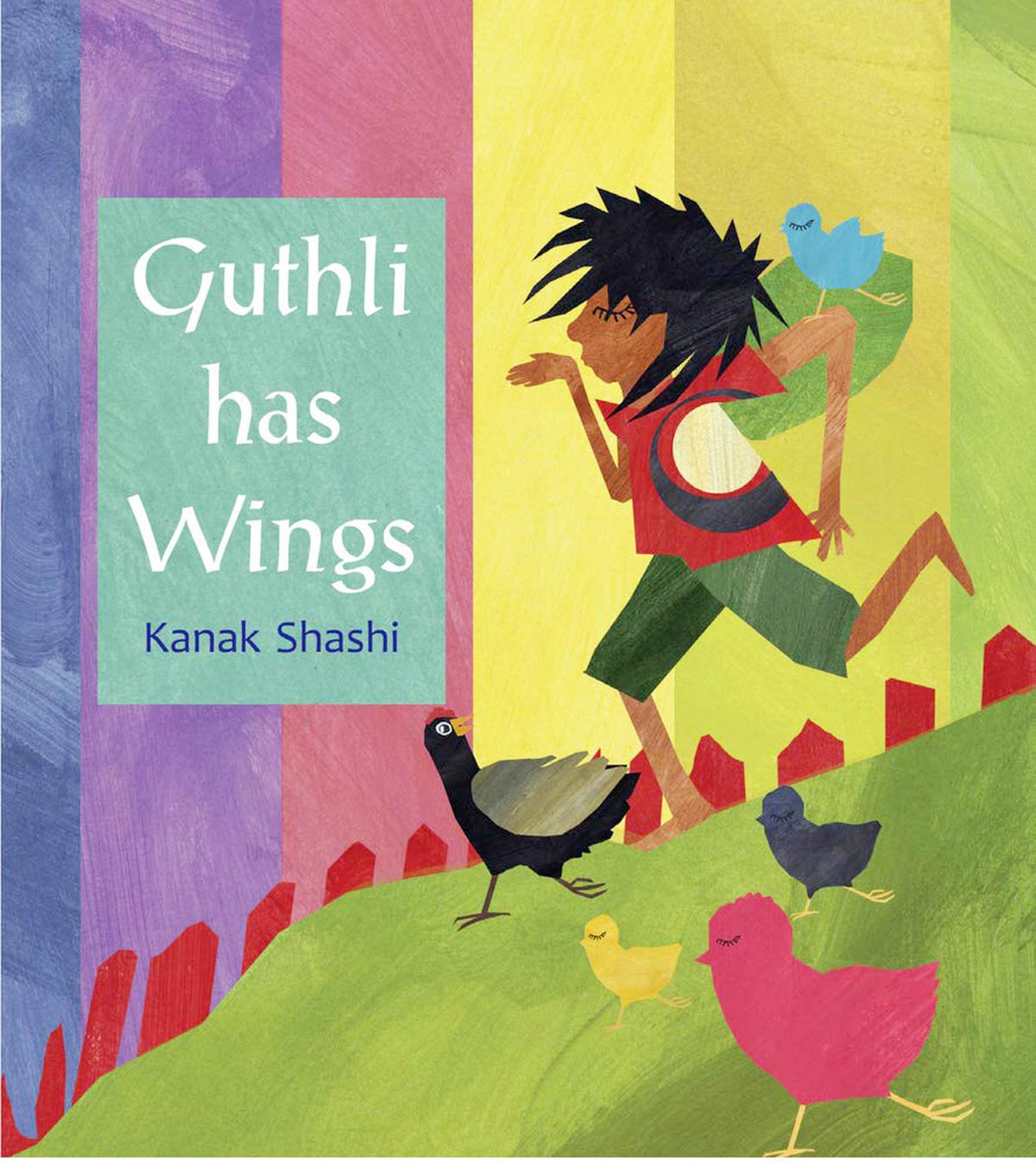 Kanak Shashi’s “Guthli Has Wings” is about a boy who wants to wear a dress.

All the children’s books I picked up, at Kanak Shashi Guthli has wings (Tulika Books), about a boy who wants to wear a dress, in Richa Jha and Gautam Benegal The unboy boy (Snuggle With Picture Books) was delicious, but I had to hunt them down. Ajay Jain, owner of Kunzum Books, admits he only has books for adults on these subjects, while The Bookshop’s children’s literature section in Jorbagh has mostly international authors. However, I discovered the gems there that made me cry.

Storyteller Bookshop in Kolkata has a specially curated shelf of children’s books on physical disabilities. But this is an exception to the general rule that equates children’s literature with Sudha Murty or Ruskin Bond. At the same time, there are several online spaces and lit festivals for children – Bookaroo, Neev Lit Fest, Peek-a-Book or Funky Rainbow: the online interaction of the traveling children’s bookstore, Book Bazaar – where children can find books on topics beyond the usual. A number of schools like Akshara School, Malad organize interactions with authors. Some book festivals like Kala Ghoda, Gurgaon Literature Festival, Bangalore Literature Festival, The Hindu Lit for Life offers sessions dedicated to children’s literature.


Authors from Payal Dhar to Shals Mahajan, a queer feminist writer, to Jha, editor at Pickle Yolk Books, have nothing but glowing things to say about their audiences. “On some occasions when I have spoken directly to young readers, I have found them to be curious, open-minded and positive in their reactions. Teenagers reached out, either directly or through their parents, to say they liked certain books. What I’ve seen in writing workshops as well is that children ask relevant questions and are intensely curious about the world and themselves when given a safe space to voice their concerns. They appreciate honesty and being addressed directly,” says Dhar, who is autistic herself. 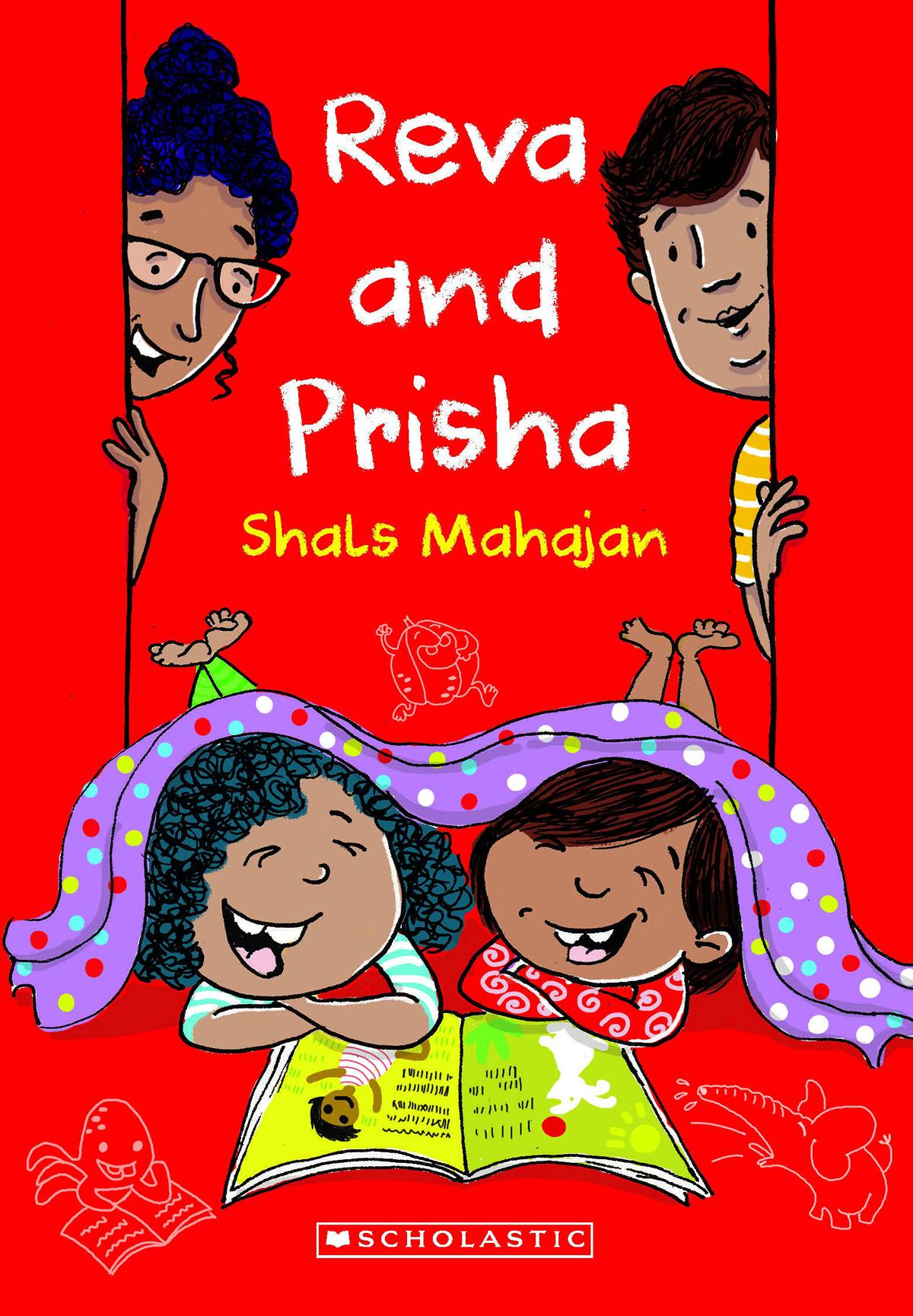 Shals Mahajan’s early reader, “Reva and Prisha,” overturns traditional norms with an alternative family with two mothers and their two children who are both Hindu and Muslim.

Jha says, “My friend, American author Lawrence Schimel, often deals with gay and lesbian themes in his children’s novels. His books have been translated into a number of languages, but have faced backlash in a few countries in Europe. In India, the book of the first Mahajan readers, Reva and Prisha (which subverts traditional norms with an alternative family with two mothers and their two children who are both Hindu and Muslim), has been widely accepted by readers, which is encouraging.

It’s the best of times for children’s books in India, with our authors winning international awards, and one of the worst times for children, who face a world threatened by climate change, religious bigotry and the intolerance in all its forms. A safe place that gives children the freedom to discuss, to be different and to accept difference is what they need now more than ever. This space is made up of books, read sitting on the lap of a loved one.

The writer is the author of the fantasy series Weapons of Kalki and specialist in South Asian art and culture.