Shining star and My two border towns were rewarded in the category “Books for young readers”. Indivisible was honored in the “Works for Older Readers” category.

The awards will be presented at Texas State on November 3, with a panel discussion scheduled in cooperation with the Texas Book Festival on November 5.

The award, established in Texas State in 1995, is designed to encourage authors, illustrators and publishers to produce books that authentically reflect the lives of Mexican American children and young adults in the United States. The Rivera Prize also promotes literacy by promoting high quality children’s and young adult literature, in addition to encouraging authors to write about the Mexican American experience.

Told with a combination of powerful, restrained language and lavish, complex imagery typical of Morales’ work, Shining star is the story of a fawn making its way through a frontier landscape teaming up with the region’s native flora and fauna. A soft but powerful voice encourages her to face her fears when she encounters an obstacle in the form of an impassable barrier. It is a book that resonates for all children, especially those whose safety is at risk due to the national immigration crisis.

Morales, a former Tomás Rivera Book Award recipient, was born in Xalapa, Mexico, where she currently resides, and lived for many years in the San Francisco Bay Area. A professional storyteller, dancer, choreographer, puppeteer and artist, she has won the prestigious Pura Belpré prize for illustration six times. His books include Just a Minute: A Trickster Tale and Tally Book (2003), Los Gatos Black on Halloween (2006), Just in Case: A Trickster’s Tale and Spanish Alphabet Book (2008), Niño struggles against the world (2013), Viva Frida (2014) and dreamers (2019). 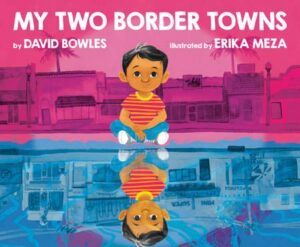 My two border towns is a picture book depicting the life of a boy on the US-Mexico border. Early on a Saturday morning, the boy prepares for a trip to The Other Side/El Otro Lado. It’s close – just down the street from his school – and it’s a twin to where he lives. Their outings always include a meal at their favorite restaurant, a visit with Tío Mateo at his jewelry store, a cold treat from the paletero, and a pick-up at the pharmacy. On their final and most important step, they check in with fellow asylum seekers and drop off much-needed supplies.

A Mexican-American author from deep south Texas, Bowles is an assistant professor at the University of Texas Rio Grande Valley. Recipient of awards from the American Library Association, the Texas Institute of Letters and the Texas Associated Press, he has written several titles, including the Pura Belpré Honor Book The smoking mirror and Feathered Serpent, Dark Heart of Heaven: Myths of Mexico. His mid-level verse book, They call me Güero: poems of a border childreceived a Pura Belpré Author Honor Award, a Walter Honor Award, the Tomás Rivera Award and won the Claudia Lewis Award for Excellence in Poetry from the Bank Street College of Education.

Meza was born in Mexico, fell in love with animation on the California border and developed a taste for éclairs in Paris before moving to the UK. As an adoptive Tijuanense, she took her first steps to finding her visual voice on the frontier, always fueled by tacos and birria. When Erika isn’t drawing, she can be found drinking coffee, tweeting, or finding ways to bring her cat to travel with her. 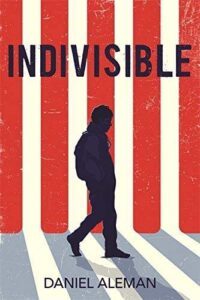 Mateo Garcia and his younger sister, Sophie, have learned to fear one word for as long as they can remember: deportation. In recent years, however, fears that their undocumented immigrant parents could be sent back to Mexico have begun to fade. Ma and Pa have been in the United States for so long, they have American born children, they work hard and are good neighbors. When Mateo comes home from school one day to find his parents have been taken away by ICE, he finds his family’s worst nightmare has come true. With the fate of his parents and his own future at stake, Mateo must discover who he is and what he is capable of, even if he is forced to wonder what it means to be an American.

Aleman was born and raised in Mexico City. A graduate of McGill University, he is passionate about books, coffee and dogs. After spending time in Montreal and the New York area, he now lives in Toronto, where he is on a relentless quest for the best tacos in town. Indivisible is his first novel.

The State of Texas Tomás Rivera Award celebrates authors and illustrators who are dedicated to representing the values ​​and culture of Mexican Americans. Rivera, who died in 1984, earned his bachelor’s and master’s degrees from the state of Texas before receiving a doctorate. from the University of Oklahoma. A Texas State Distinguished Alumnus, Rivera published his historical novel in 1971 titled …y no se lo tragó la tierra/ …And the Earth did not separate. In 1979, Rivera was named chancellor of the University of California-Riverside, the first Hispanic chancellor appointed to the University of California system.